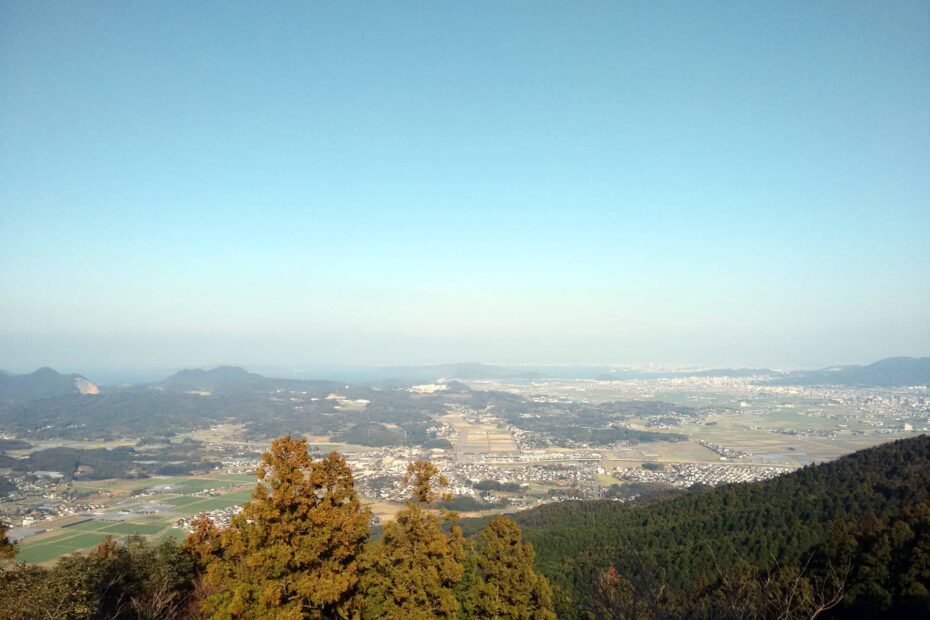 Itoshima, situated to the West of Fukuoka City, has a population of around 100,000 people and offers an excellent quality of life due to its stunning nature and urban life. People drive out from Fukuoka city for a dip in the warm ocean, the magnificent views, mountain walks and the high-class restaurants and fashionable cafes.

Fukuoka had undergone the first state of emergency from April 7th to May 25th in 2020. From the start of the restrictions, as people couldn’t hang out in the city centre as before, some started coming to Itoshima more often to spend time in nature, although they are now not stopping at the cafes or restaurants as much. During the first state of emergency, as I was not living in Itoshima, I also used to come here often to visit the beaches but not the cafes, which looked so awfully quiet that I eventually started going to them. Many of the cafe and restaurant owners have suffered from this change and some have even gone out of business.

I’m not sure about the lock-downs in other countries, but during our state of emergency, the Japanese government didn’t have the legal authority to restrict people’s actions. They essentially asked people to stay home, work from home and limit their movements, and generally the public has been extremely co-operative. This is because Japan has been traumatized by the government having too much power in the past so now the government tries to first rely on citizen’s complying voluntarily before resorting to force. We didn’t have any fines for not wearing face masks or opening businesses until much later.

The first state of emergency was only for about a month and half and Japan successfully flattened the curve, but it was simply because of the citizens’ discipline, obedience and social pressure. Regardless of no forced restrictions, businesses and individuals voluntarily followed the request, which lead to less compensation from the government because they didn’t force us to stop working.

While the cases were going down, both the people and the economy were depressed. Effective on July 22nd 2020, in order to promote domestic travel and to help boost local businesses, the Japanese government set up the ‘Go to Travel campaign’, which provided residents with subsidies of up to 50 percent on transportation, hotels, restaurants, tourist attractions and shopping within Japan. Moreover, when you booked through the campaign, you got a ‘Go to eat campaign’ coupon worth 2000yen per person, which you could use to buy food when travelling. Many people took advantage of this campaign and some people were even travelling practically for free.

However the campaign was only applicable when people booked through big travel agencies, so the big corporations benefited the most. In addition, every individual in the country was given a 100,000yen personal subsidy.

Thanks to the “Go to travel Campaign” people started going on domestic vacations and day trips more. Whilst travelling abroad wasn’t an option, Itoshima became even more popular as a destination. The Itoshima local government also subsidized travel and food service industries and managed to attract domestic tourists. Consequently though, they began to see the number of coronavirus cases rise so the economic incentives had to be suspended towards the end of 2020.

One of the interesting things about the precautions against COVID infection in Itoshima is that people, both locals and tourists, weren’t as strict about mask wearing and social distancing as other parts of Japan. This was probably because people felt relaxed and let their guard down when surrounded by nature or just because of people’s relaxed nature in Itoshima. However, as soon as they started finding out that the cases were going up people began to act differently and are now more cautious.

Just like the rest of Japan in 2021, Itoshima got off to a quiet start with the second state of emergency declared on January 14th. However, having experienced the previous restrictions, cafes and restaurants are coping with the situation better this time round.

The good news is that the state of emergency was lifted at the end of February in Fukuoka and most of Japan, except for Tokyo. On the other hand, the Fukuokan prefectural government has been asking the residents to still behave the same way as under the state of emergency for three more weeks just to be safe. Fukuoka has had 18,320 cases and 311 deaths so far whilst the whole Japan has had 4410,000 cases and 8359 deaths.

As spring is right around the corner, plants and trees are blooming throughout Itoshima, the air is scented and intoxicating with a plethora of spring flowers, the ocean is getting warmer and the sky is becoming more and more colourful and beautiful at sunrise and sunset. The sun is setting over the horizon from Itoshiman peninsula, which is what most of the tourists come here for.

It seems like places like Itoshima have been valued more in this pandemic. It was listed as one of “Bright lights, small cities” by international magazine “MONOCLE” last year.

Despite all the challenges that we are facing at the moment, I’m still hopeful about Itoshima’s future. In the time of chaos, having lost what we had before, people have started thinking more about our quality of life and it is becoming more popular to be free from the city and surrounded by the nature. As a resident of Itoshima, I’d like to take part to entertain and heal people when they come to Itoshima.